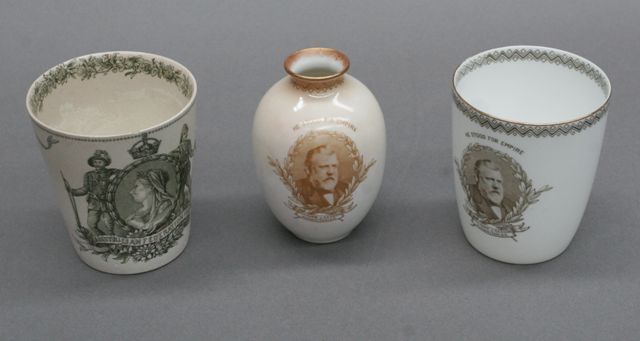 Three various Royal Doulton commemorative beakers and a posy vase two commemorating the Australian Federation one in gilt the other in green green marks... [this item is NOT for sale]