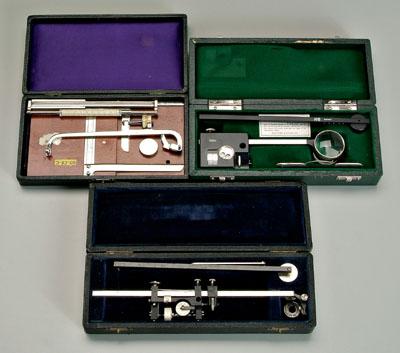 Three clinometers: Bushnell's improved, labeled "US-CE-C", mahogany base, instruction guide, 8 in. case, minor abrasions and scratches ;... [this item is NOT for sale]