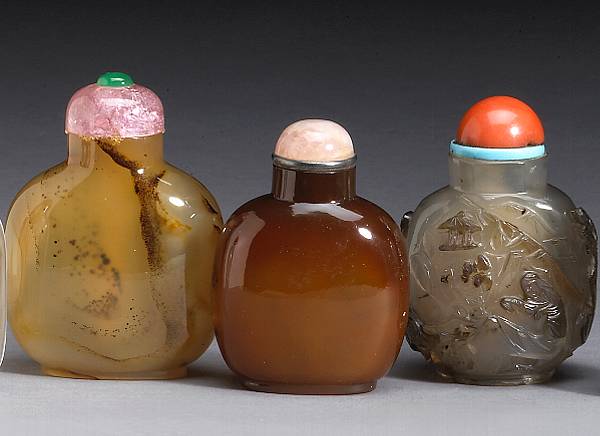 Three agate snuff bottles All well-hollowed; the first of a honey-toned matrix mottled with small areas of black or lighter color marks, stopper; the... [this item is NOT for sale]