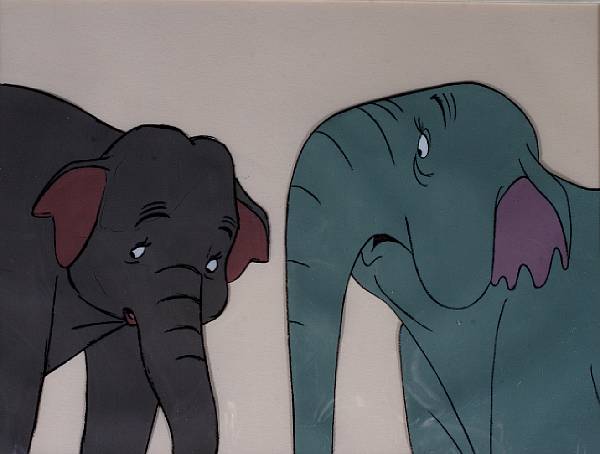 Three Walt Disney celluloids from "Goliath II" 1960, gouache on celluloid, the first depicts Goliath II with a disgruntled expression, paint separation... [this item is NOT for sale]