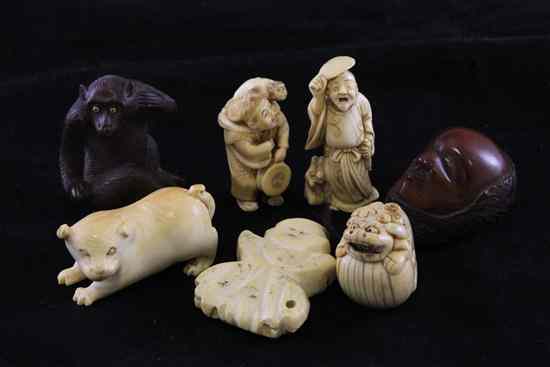 Three Japanese ivory netsuke late 19th / early 20th century one in the form of a standing man holding a fan and a scroll beside a stack of scrolls signed...