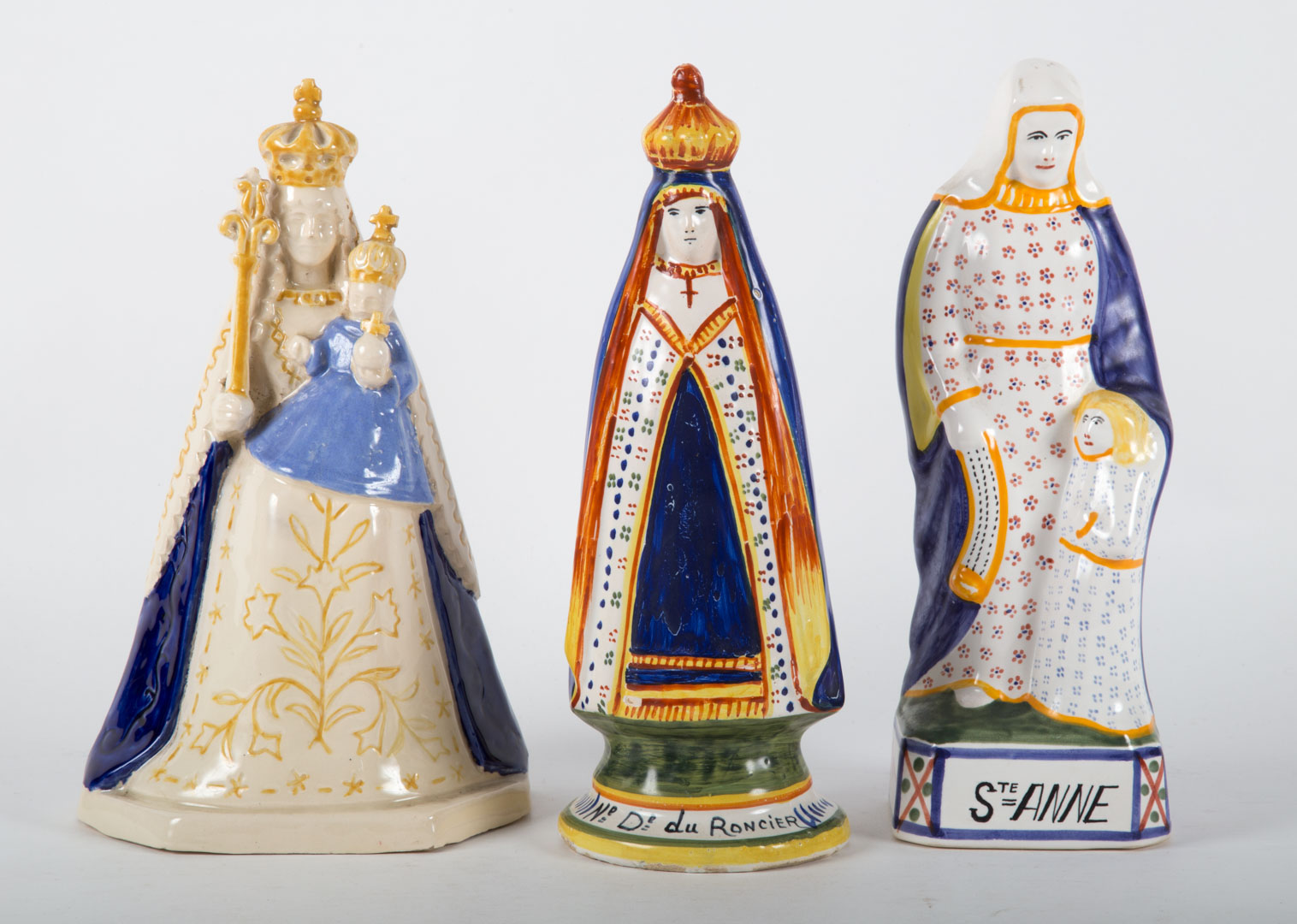 Three French faience religious figures including; Henriot Quimper Madonna, HB Quimper "Saint Anne and the Young Virgin," and "Madonna and Christ Child,"... [this item is NOT for sale]