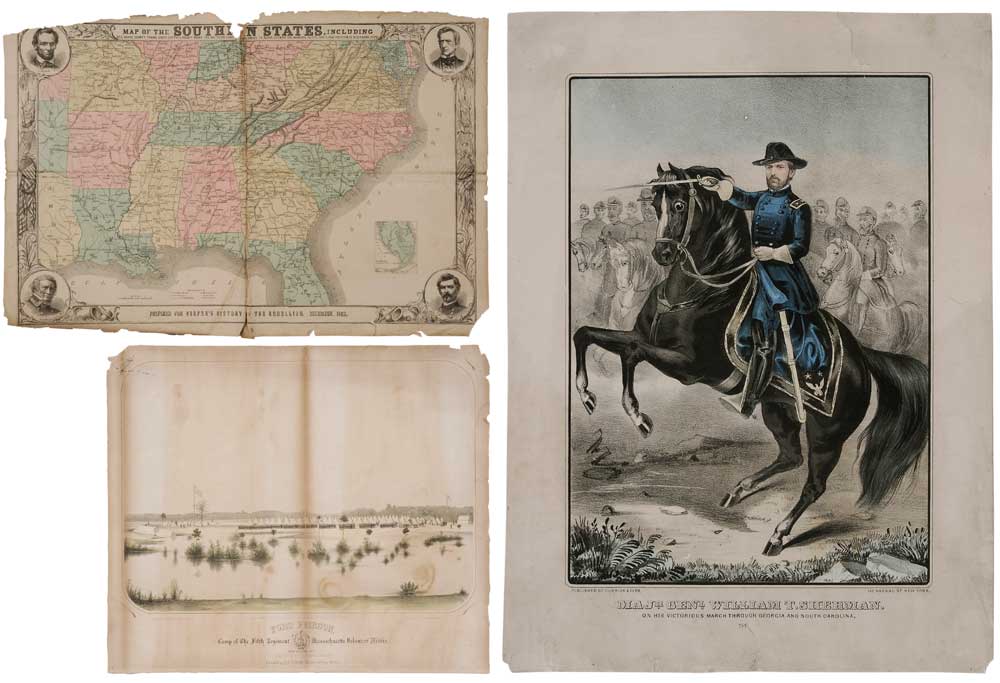 Three Civil War Lithographs American, mid 19th century or later, all with some hand color: "Fort Peirson, Camp of The Fifth Regiment Massachusetts Volunteer... [this item is NOT for sale]