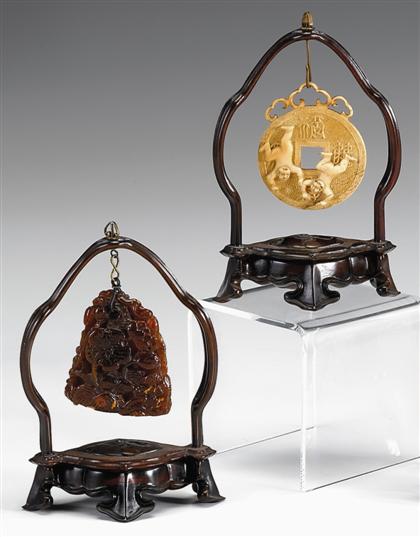 Three Chinese pendants, elephant ivory, sandalwood and amber qing dynasty The ivory coin shaped disk is carved with ruyi scrolls and two boys in... [this item is NOT for sale]