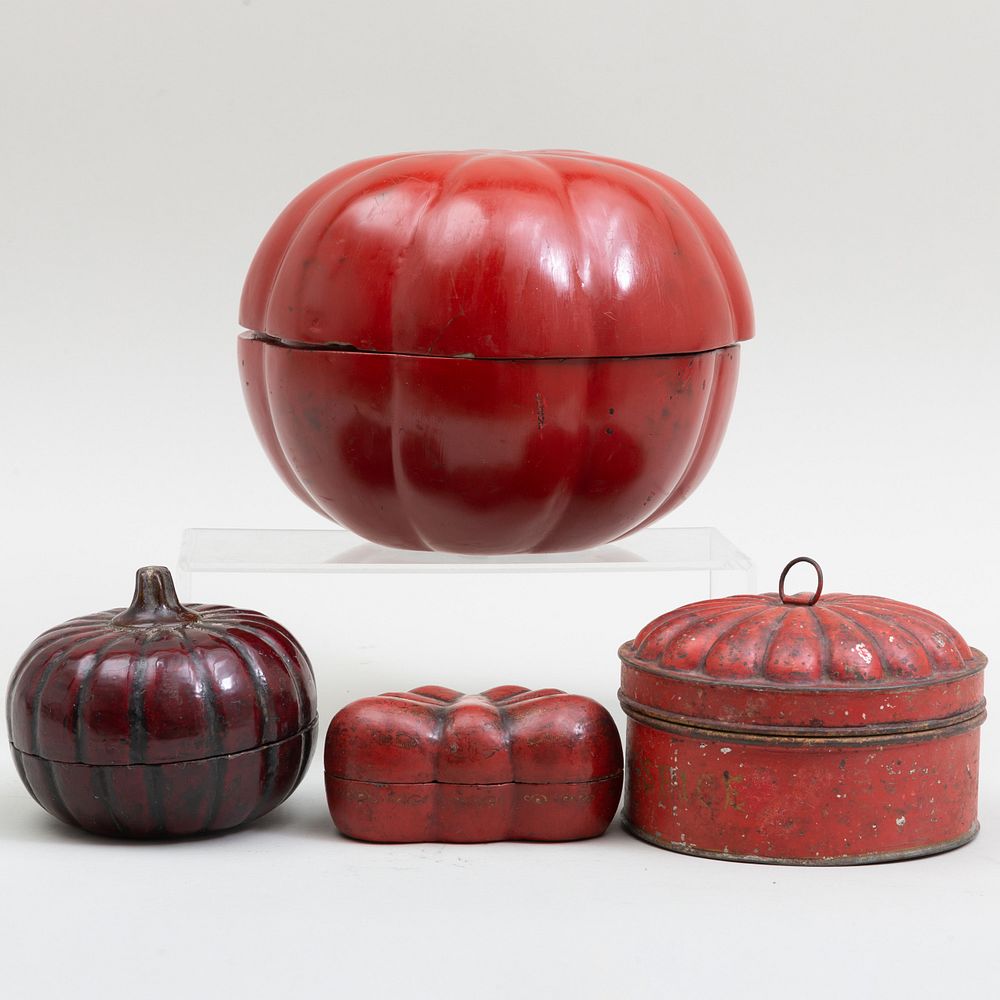 Three Asian Lacquer Gourd Form Boxes and a Painted Tin Spice Box: The largest 8 x 10 in. diam. Condition All of the lacquer box with wear, crazing and...