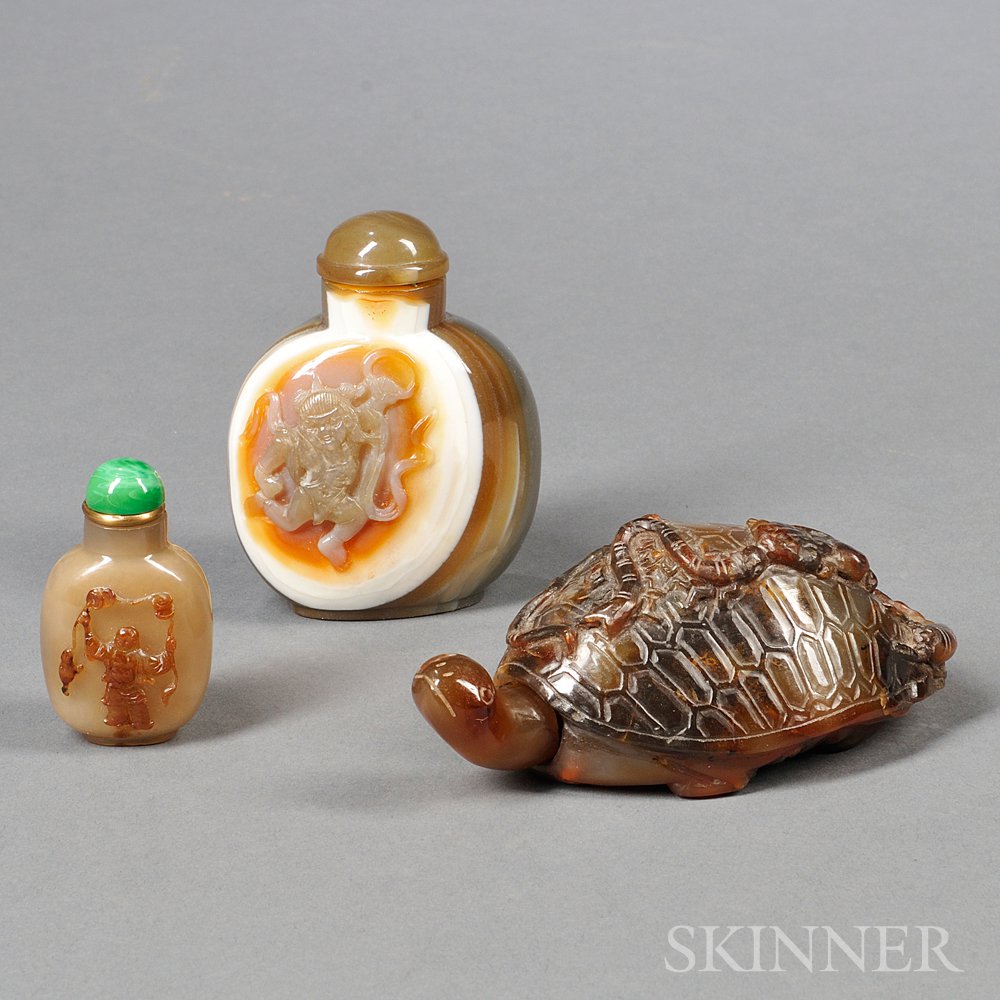 Three Agate Snuff Bottles, China, a brown snuff, in the shape of a turtle with its head as stopper, with five creatures crawling on it including a snake,... [this item is NOT for sale]