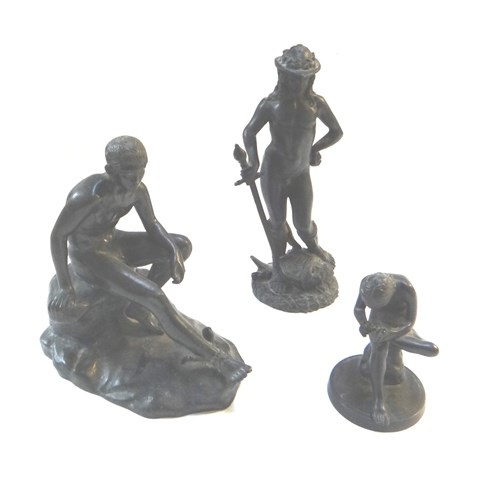 Three 20th century bronze figures, Hermes atop a rocky outcrop (19.5cm high), a classical nude warrior holding a sword with a decapitated head at his feet... [this item is NOT for sale]