Price guides for The Beatles - Original painted artwork by...

Appraise and find values for
The Beatles - Original painted artwork by... 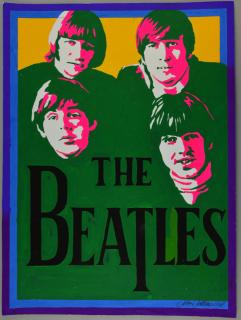 The Beatles - Original painted artwork by John Judkins, signed & dated '1968', flat, 16 x 22 inches.Provenance: I Was Lord Kitchener's Valet was a swinging... [this item is NOT for sale]