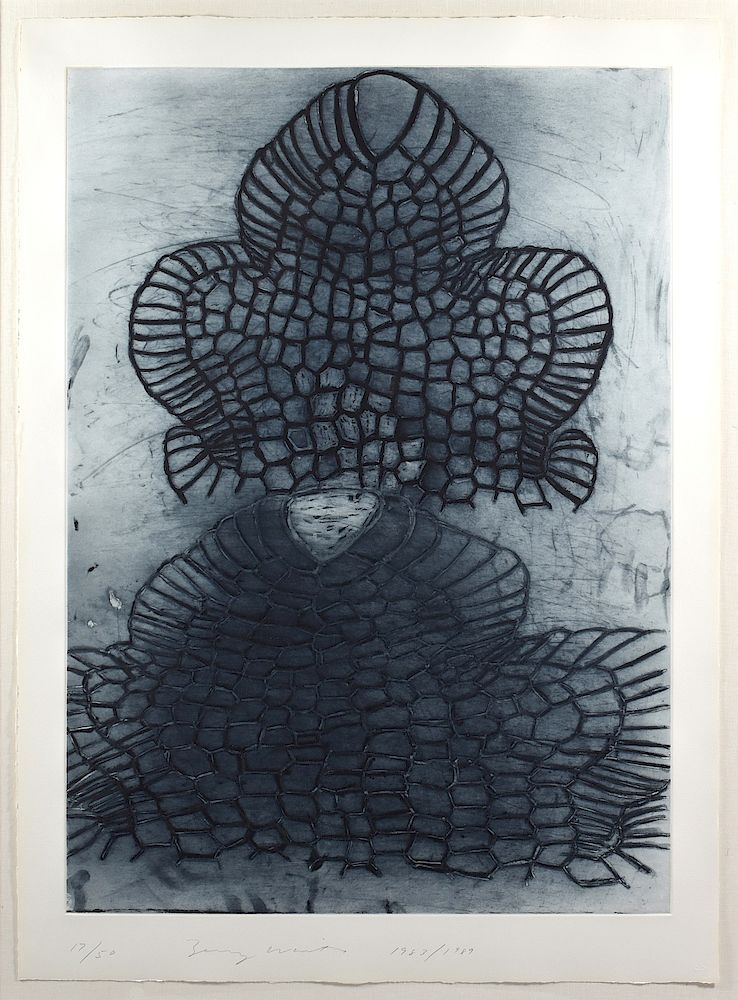 Terry Winters "Novalis" Etching: Terry Winters (b. 1949). Large abstract etching on paper titled "Novalis. " Numbered 17/50 along the lower left; pencil... [this item is NOT for sale]