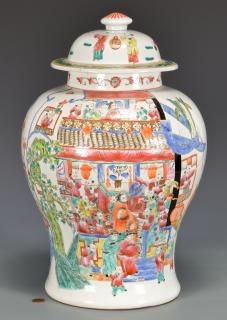 Temple Jar, Chinese New Year scene Large Famille Rose porcelain ginger jar depicting figures engaged in a dragon dance on one side, the other side depicting...