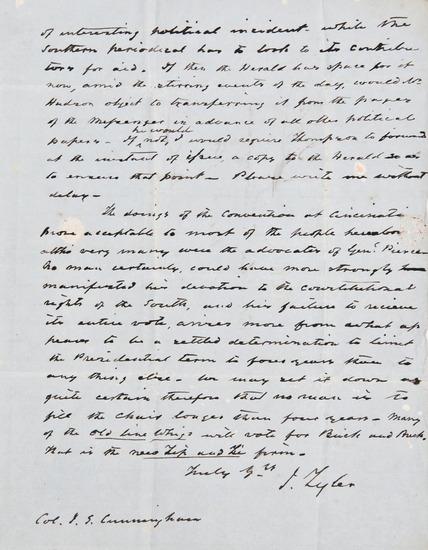 TYLER, John.Autograph letter signed to Colonel John S. Cunningham, concerning his lecture titled “The Dead of the Cabinet” and on the nomination of...