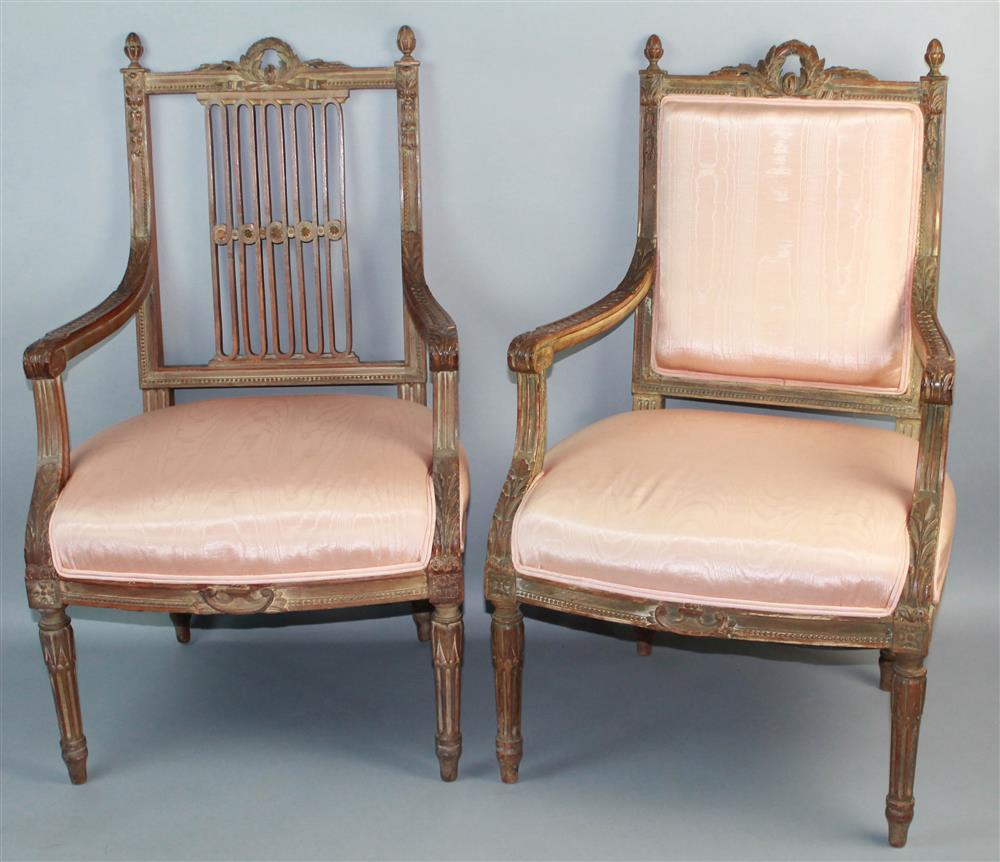 TWO SIMILAR LOUIS XVI STYLE FRUITWOOD OPEN ARM CHAIRS each having a straight crest rail with central carved wreath flanked by turned finials, one chair... [this item is NOT for sale]