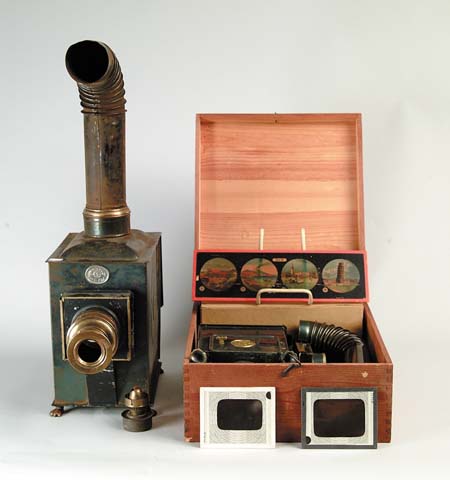 TWO MAGIC LANTERNS AND SLIDES. 1) “Laterna Magica” in original wood box. Tin projector with smoke stack, lens. Appears to be in unused condition. Some... [this item is NOT for sale]