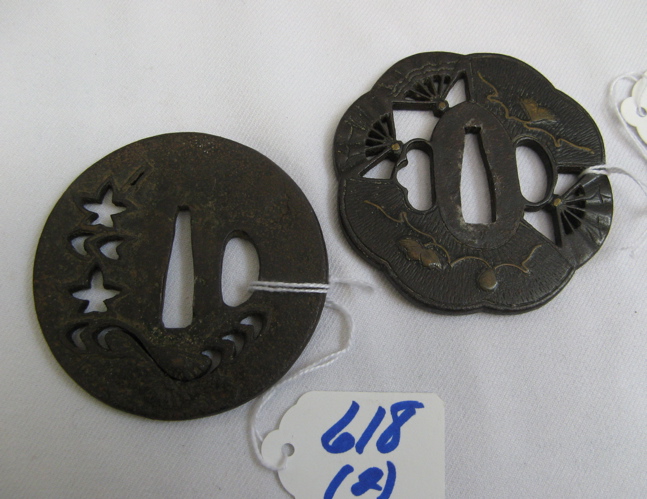 TWO JAPANESE TSUBA, late Edo/early Meiji Periods: the first brass inlaid with pierced-fan motif, the other having raised design with star-shaped piercings.... [this item is NOT for sale]