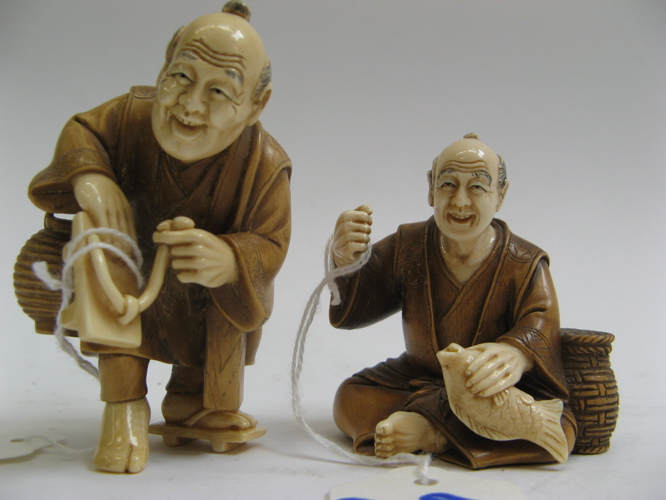 TWO JAPANESE HAND CARVED IVORY FIGURES: man standing repairing the strap of his clogs, height 3 in., signed with chop mark on inset metal disc; the other... [this item is NOT for sale]