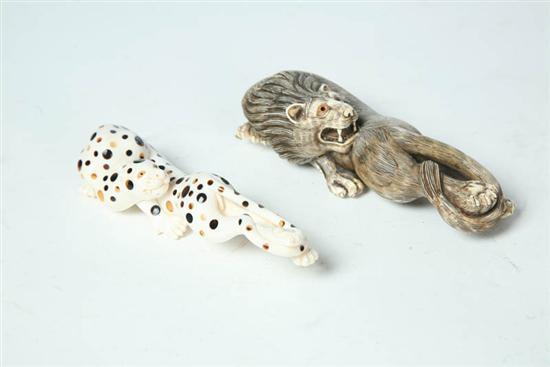 TWO IVORY CARVINGS. Asian, 20th century. Leopard with inset tortoise shell spots, 5"l., and a lion with inked detail and inset eyes, 5 1/2"l. Both are... [this item is NOT for sale]