Appraise and find values for
TWO INDIAN IVORY MODELS, figures on an elephant's... 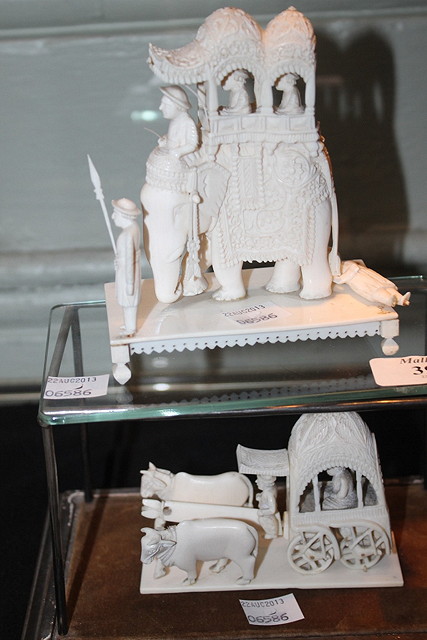 TWO INDIAN IVORY MODELS, figures on an elephant's howdah and a bullock pulling a cart, each with a glazed case... [this item is NOT for sale]