Appraise and find values for
TWO FURS: the first a caracul black lamb... 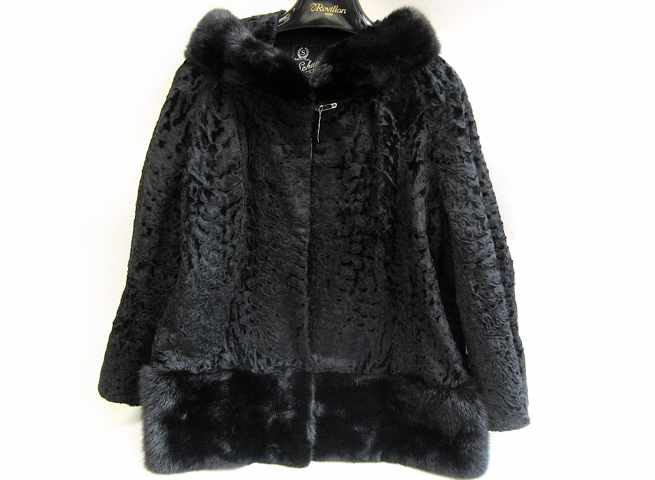 TWO FURS: the first a caracul black lamb jacket with black gama mink fur collar having a Schumacher's Furrier label, medium size; the second an autumn... [this item is NOT for sale]