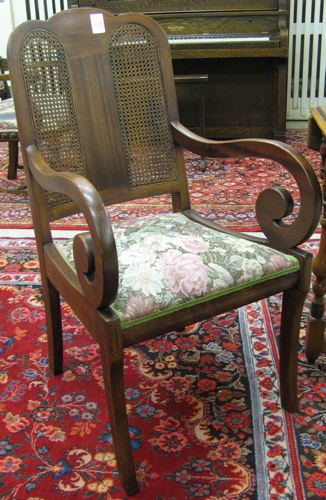 TWO EMPIRE STYLE ARMCHAIRS, American, first quarter of the 20th century, the lot to include one mahogany chair with vasiform splat over cushion seat; one... [this item is NOT for sale]