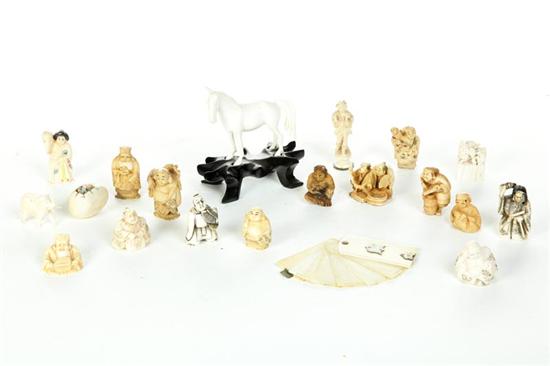 TWENTY IVORY CARVINGS. Twentieth century mostly Asian. Horse on stand 4 1/2''h. small foo dog elephant and fifteen netsukes. Together with a European... [this item is NOT for sale]