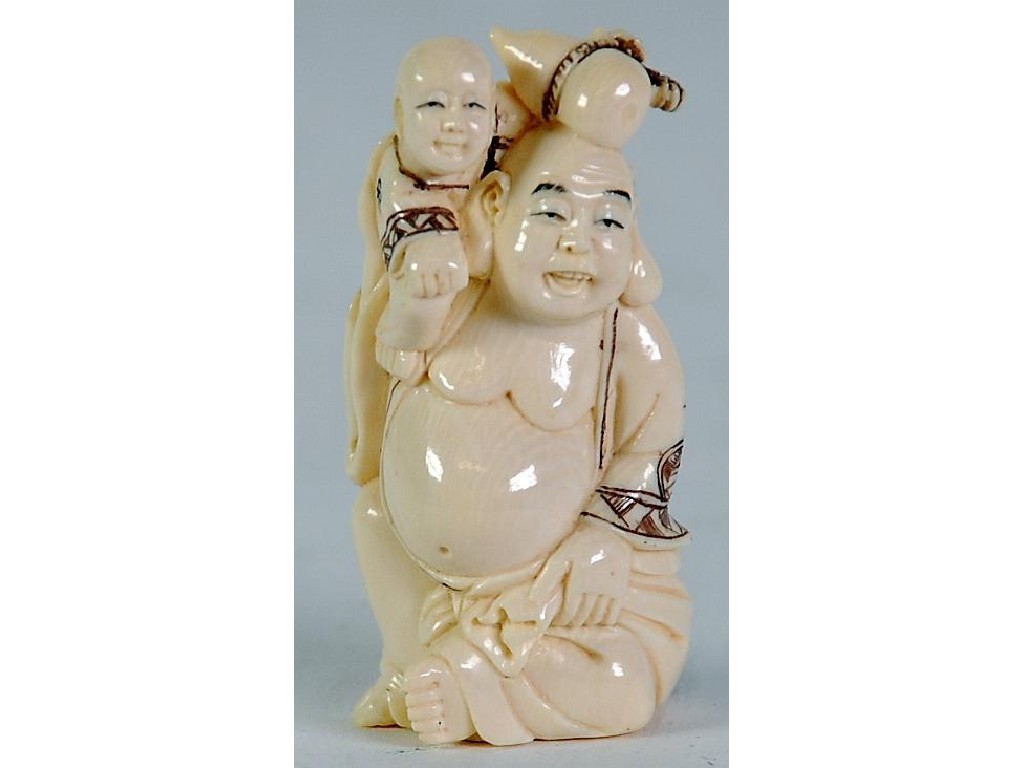 TWENTIETH CENTURY CARVED, STAINED AND INCISED IVORY NETSUKE of Hotei with infant upon his shoulders, signed...