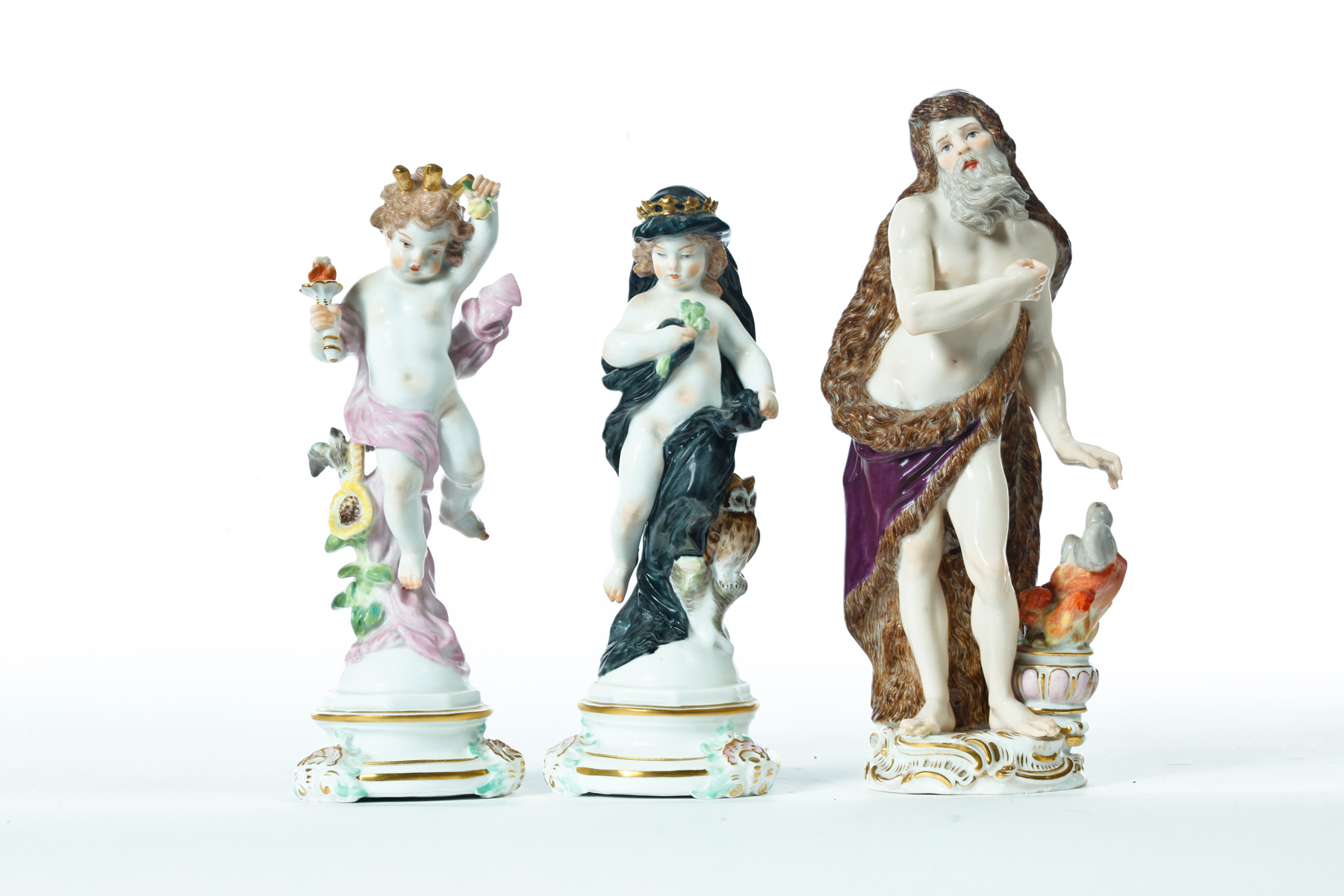 THREE MEISSEN FIGURES OF SEASONS. Germany, late 19th-early 20th century. Two putti from the same set, Summer and Winter, 7"h., and a bearded man, Winter,... [this item is NOT for sale]