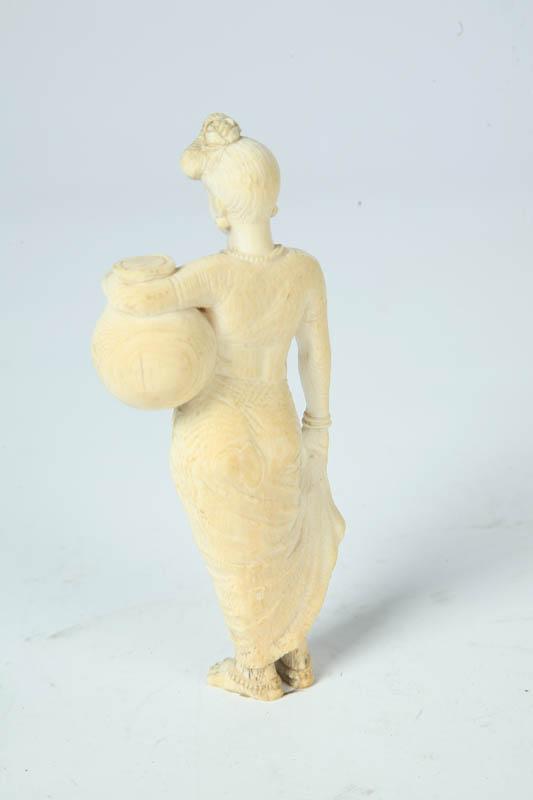 THREE IVORY CARVINGS. Asian, early 20th century. Bangle bracelet with two lion heads and a roly-poly seated Buddha, 2 1/2"d. Together with a full-length... [this item is NOT for sale]