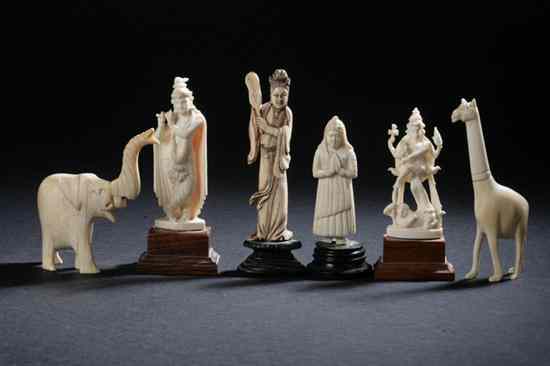 THREE INDIAN IVORY FIGURES Early 20th century. Together with a figure of a giraffe a figure of an elephant and a Chinese figure of Meiren. - Largest: 4... [this item is NOT for sale]