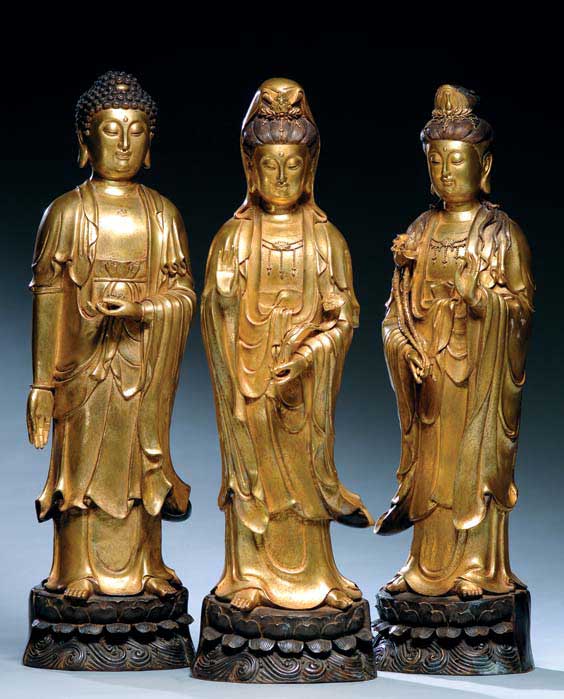 THREE GILT BRONZE FIGURES Group of three, Chinese gilt bronze figures; each in draped robes and standing on lotus and wave base: Buddha with snail curl...