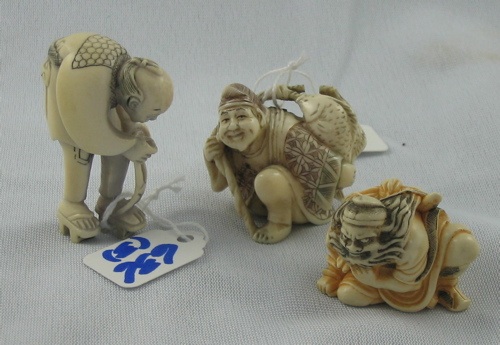 THREE ASIAN ELEPHANT IVORY FIGURES, hand carved: the first an elder man bent over lifting one foot by means of tongs, height 2 in.; second depicts a smiling... [this item is NOT for sale]