Price guides for THE PRESENT STATE OF THE REVENUES AND FORCES...

Appraise and find values for
THE PRESENT STATE OF THE REVENUES AND FORCES... 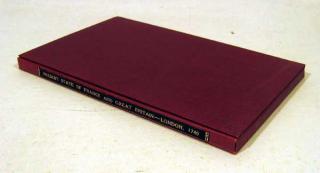 THE PRESENT STATE OF THE REVENUES AND FORCES BY SEA AND LAND OF FRANCE AND SPAIN COMPAR'D WITH THOSE OF GREAT BRITAIN 1740 Antique English Military History...