Price guides for THE LEADER OF THE GREAT AWAKENING EDWARDS,...

Appraise and find values for
THE LEADER OF THE GREAT AWAKENING EDWARDS,... 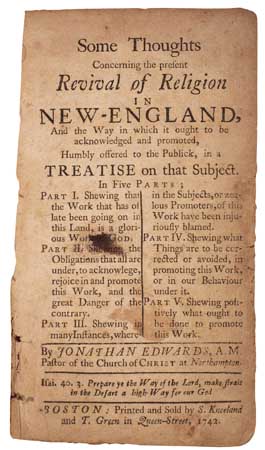 THE LEADER OF THE GREAT AWAKENING EDWARDS, JONATHAN. Some Thoughts Concerning the Present Revival of Religion in New-England. [1], iv, 378 pages. 12mo,... [this item is NOT for sale]