Price guides for THE COOTE CANDELABRA A pair of important...

Appraise and find values for
THE COOTE CANDELABRA A pair of important... 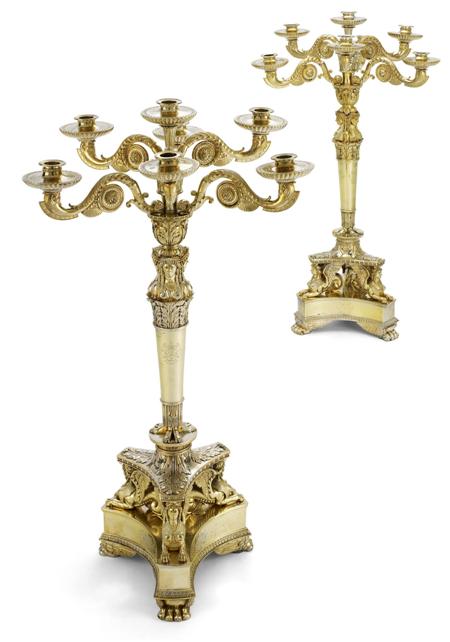 THE COOTE CANDELABRA A pair of important Regency silver-gilt seven light candelabra Benjamin Smith, London 1812-13 the incurved triangular plinths raised... [this item is NOT for sale]