Appraise and find values for
TEN VON LITTROW FAMILY MEDALS AND A VINTAGE... 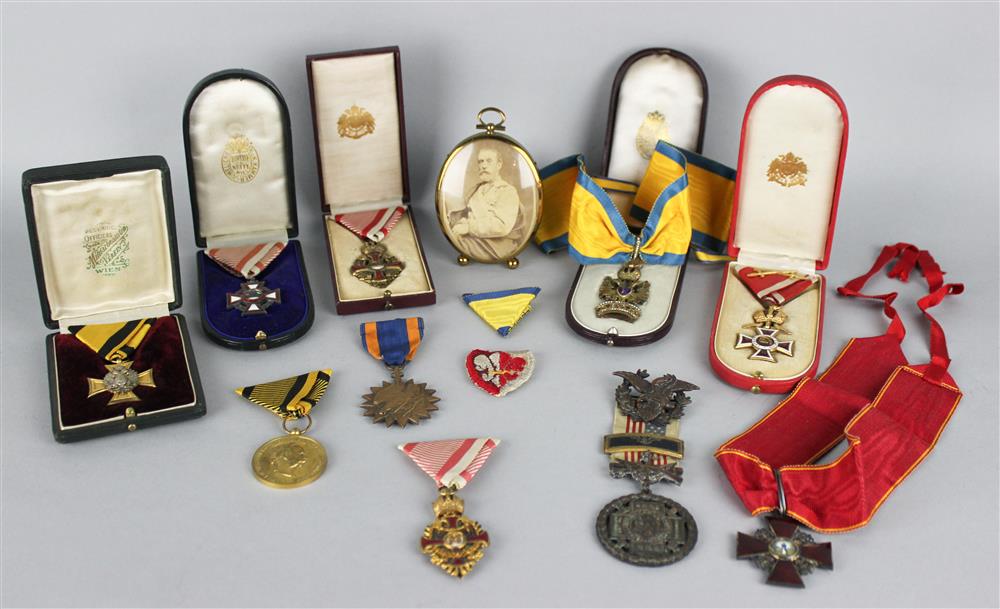 TEN VON LITTROW FAMILY MEDALS AND A VINTAGE PHOTOGRAPH OF A MAN WEARING SEVERAL OF THEM The medals include an Austrian Order of Leopold Medal. This medal...