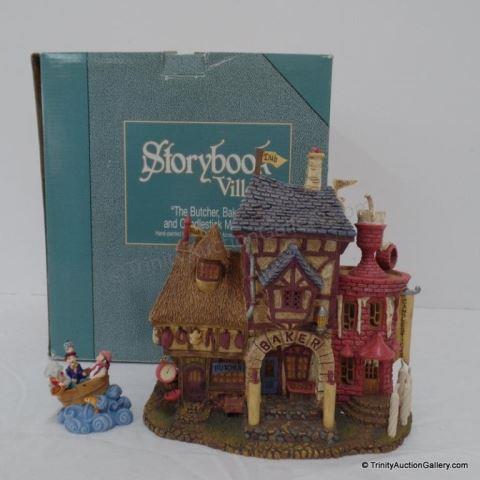 Storybook Village Butcher Baker Candlestick Maker Estate Collection - Issued by Department 56 in 1999 Retired in 2000 is The Storybook Collection - The...