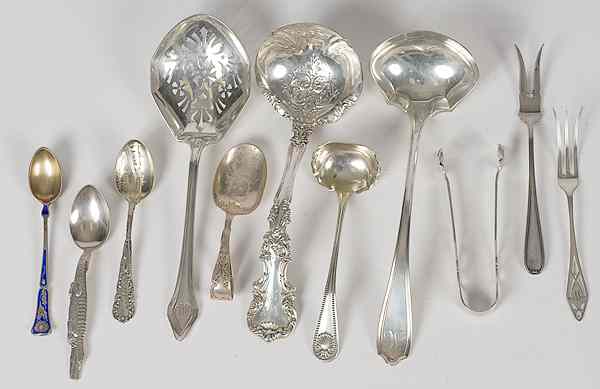 Sterling Silver Flatware American an assembled group of sterling silver flatware including a pierced serving spoon with hallmarks for Gorham and marked... [this item is NOT for sale]