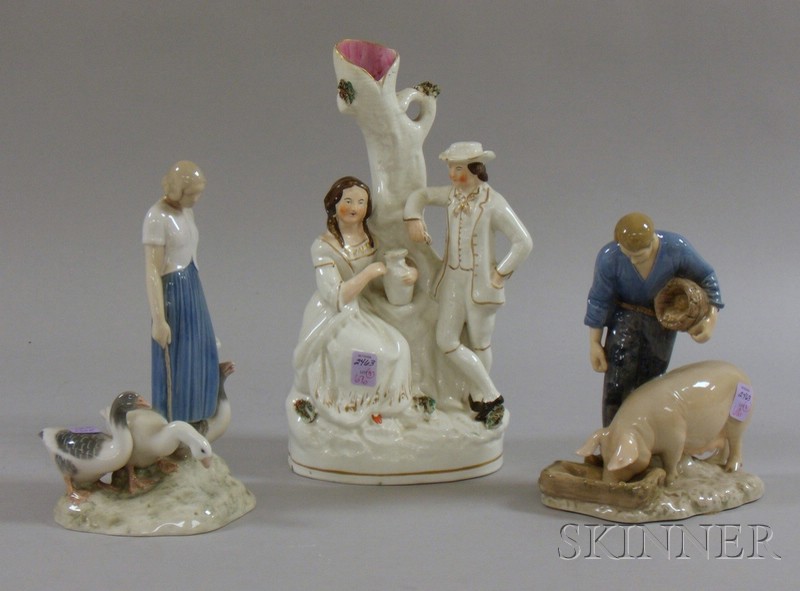 Staffordshire Figural Group and Two Bing & Grondahl Porcelain Figural Groups, a young couple, maiden with geese 2254, and a young man feeding a pig 2263,... [this item is NOT for sale]