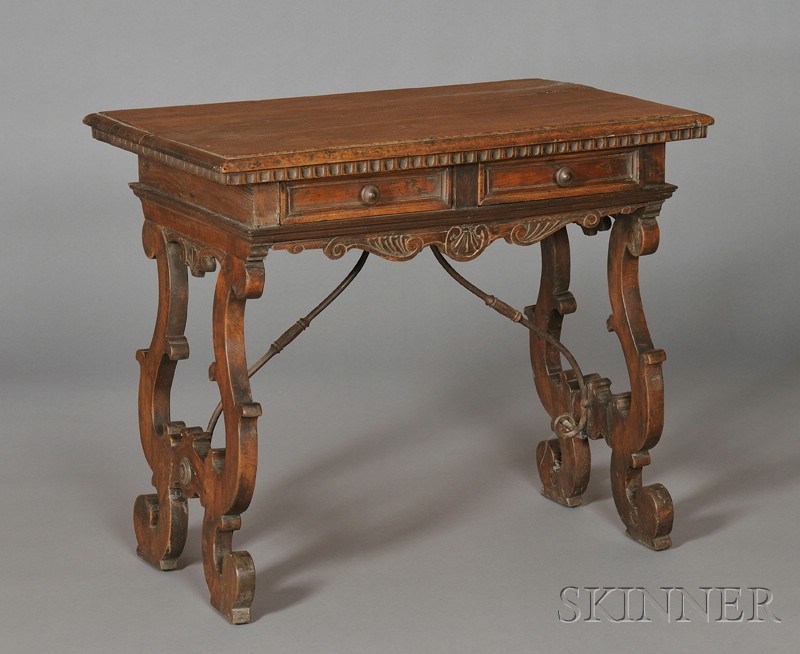 Spanish Baroque Walnut and Wrought-iron Mounted Side Table, rectangular top with chip-carved frieze and two drawers, on a scrolled and shaped trestle support...