Appraise and find values for
Southeast Asian Works of Art 16th/17th Century Including... 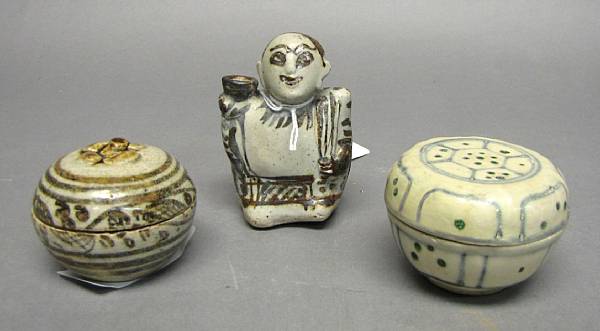 Southeast Asian Works of Art 16th/17th Century Including a Thai iron-decorated covered circular box and figural water dropper; and one Vietnamese overglaze... [this item is NOT for sale]