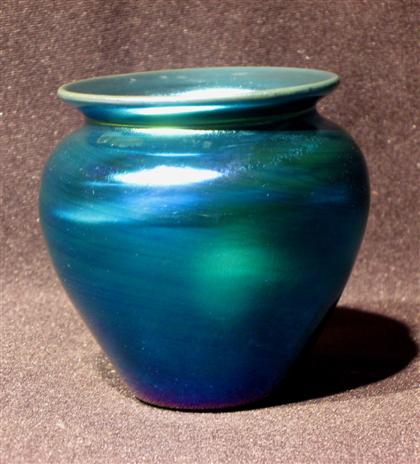 Small Steuben Aurene vase early 20th century H: 2 1/2 in. PROVENANCE: The Property of a Lady Of squat baluster form with a flared... [this item is NOT for sale]