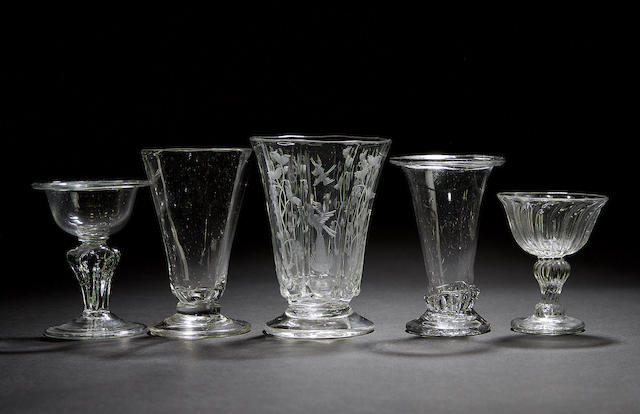 Six various jelly glasses, a small sweetmeat, five miniature glasses, a milk jug, a pair of rummers, two moulded stands and a plain example, circa 1750-1800 The...