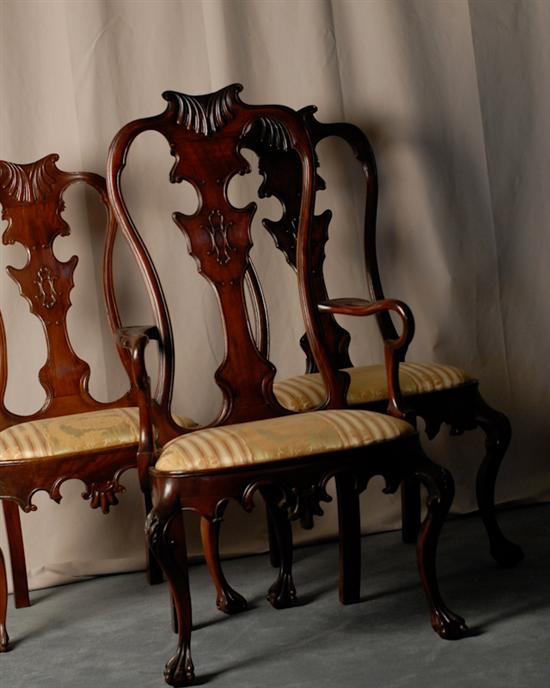 Six L19th/E 20th C Continental Dining Chairs, probably Italian in the rococo taste, two arms and four sides, mahogany or walnut, all with elaborate carving... [this item is NOT for sale]