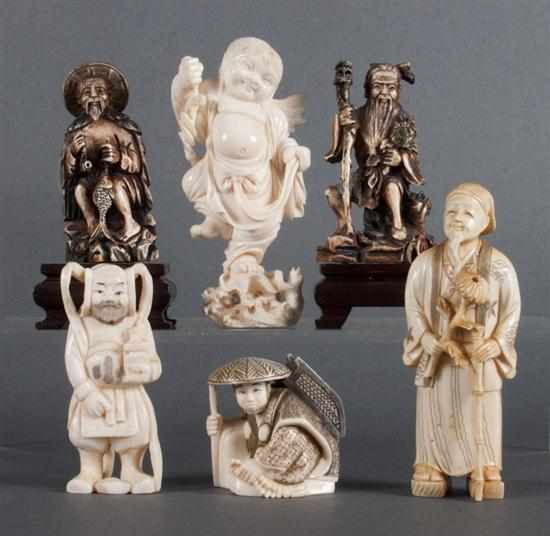 Six Japanese carved ivory figures figures include: Hotai man holding lotus flower man holding vase pilgrim fisherman mounted on wood base and elder with... [this item is NOT for sale]