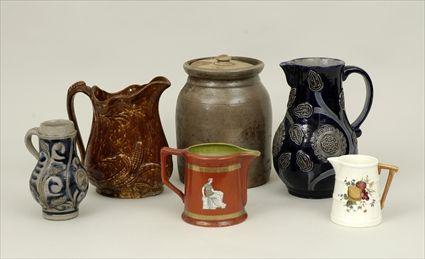 Six English, Continental and American Pottery and Porcelain Articles Including two salt-glazed stoneware pitchers, a Rockingham glazed yellowware pitcher,... [this item is NOT for sale]