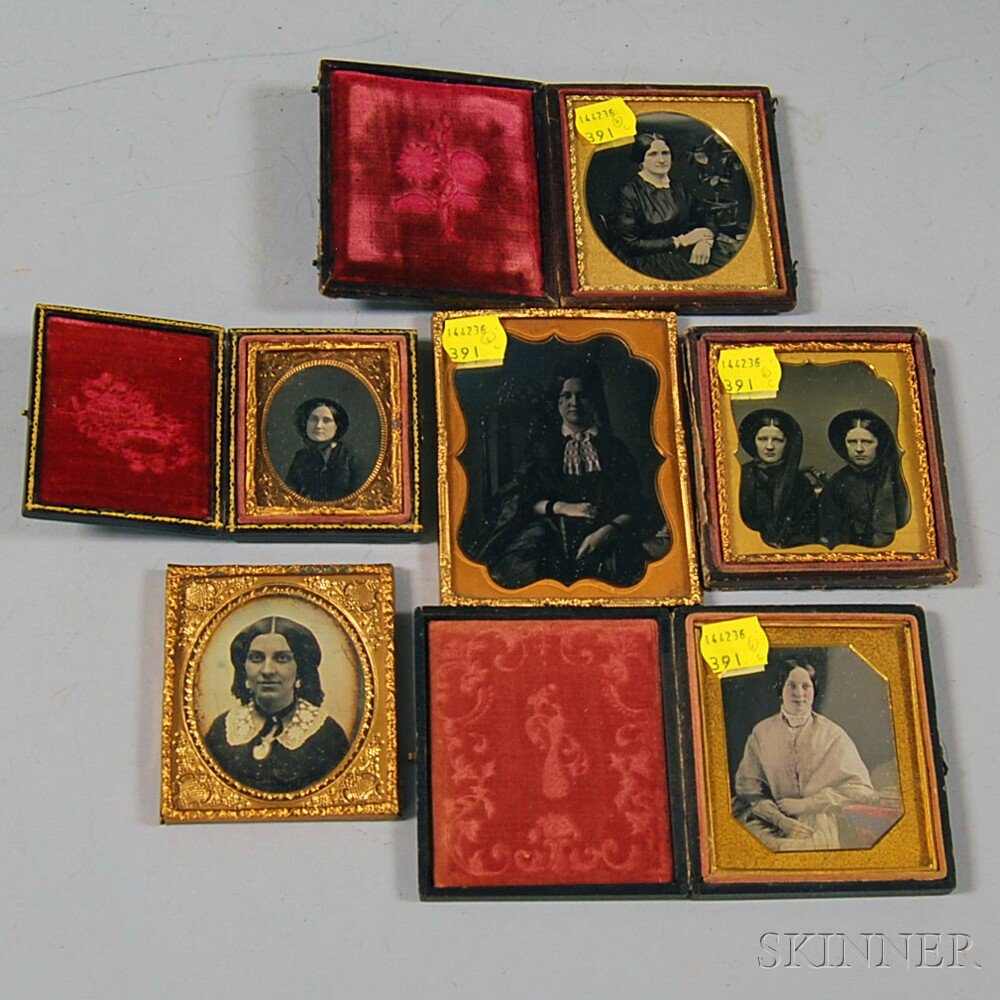 Six Daguerreotype Portraits of Young Women, a quarter-plate portrait of a woman wearing a cameo brooch, seated in a chair and holding a book, four sixth-plate... [this item is NOT for sale]