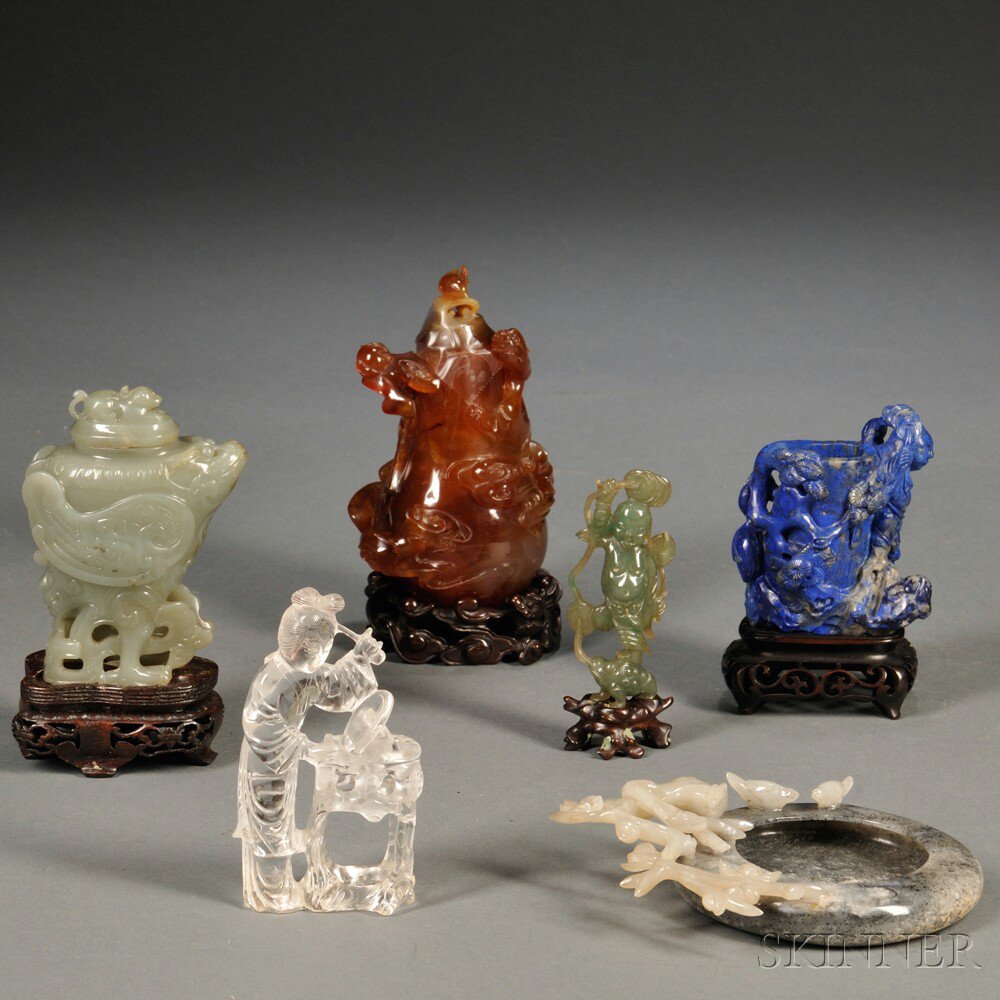 Six Carved Hardstone Items, China, a lapis lazuli vase carved with a figure with a garland of coins amidst pine trees, with wood stand, ht. 3 1/8, a rock...