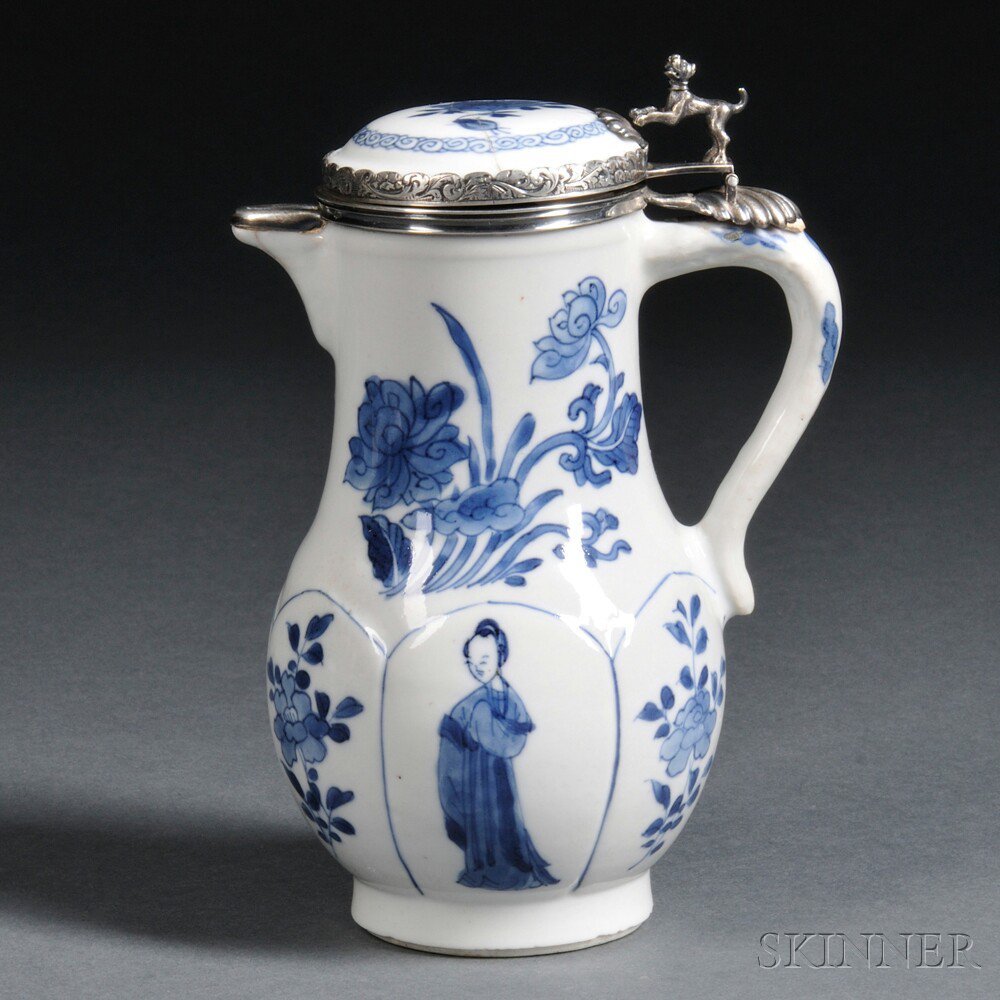 Silver-mounted Blue and White Hot-milk Covered Jug, China, 18th century or later, pear-shape, the bottom half decorated with gadrooned panels of women... [this item is NOT for sale]