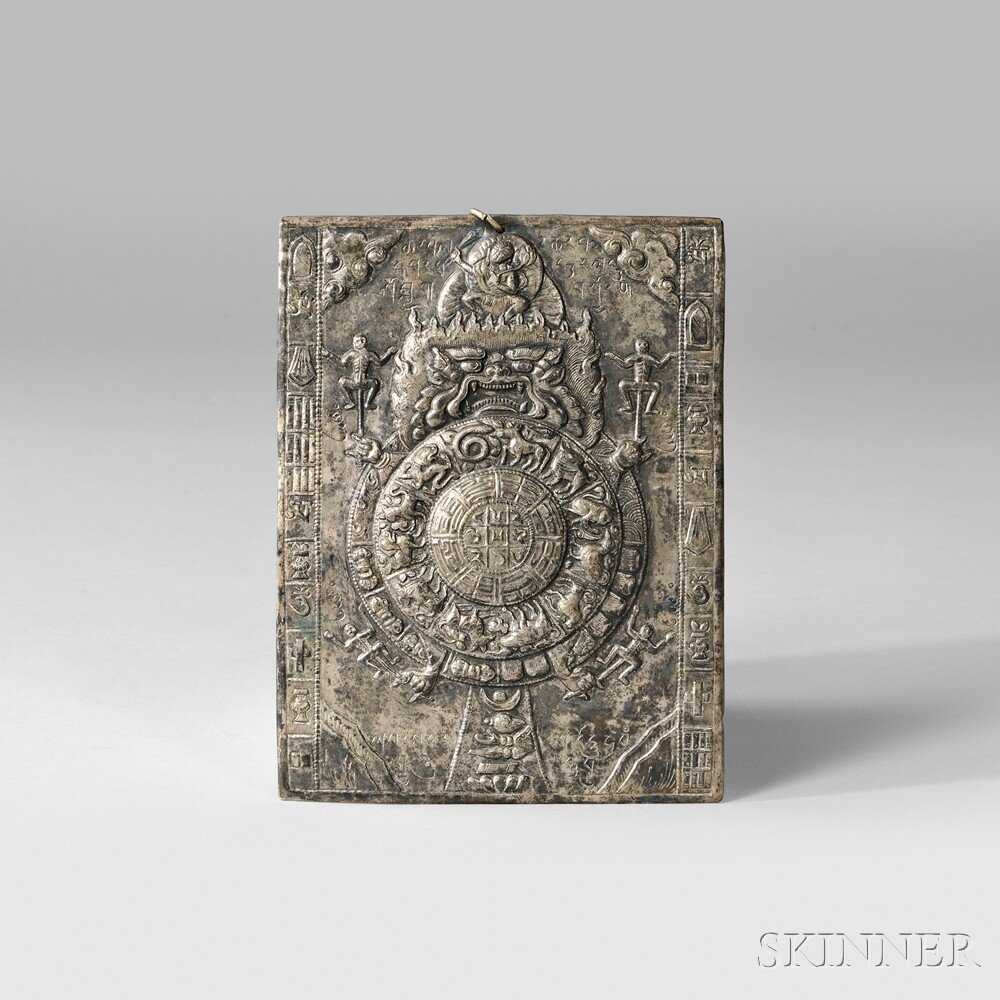 Silver Plaque, Tibet, rectangular, decorated in deep repousse, with a zodiac mandala encircled with a band of vajras, surmounted with a dragon head and...