Price guides for Signed Illegibly Titled under the image...

Appraise and find values for
Signed Illegibly Titled under the image... 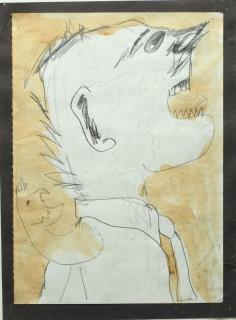 Signed Illegibly Titled under the image "The Arguement" (sic), depicting a screaming, Max Ernst-style man, signed illegibly and dated "6-5-88" lower right... [this item is NOT for sale]