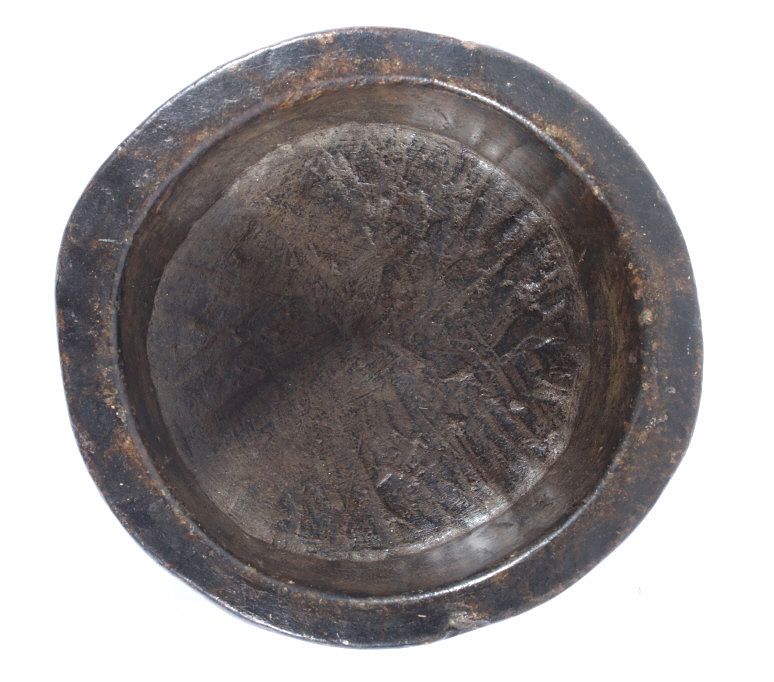 Shoshone Steatite Bowl w/ Togia Carvings c. 1860's: This is a historic and important steatite stone carved cooking vessel or bowl from the Shoshone Native... [this item is NOT for sale]